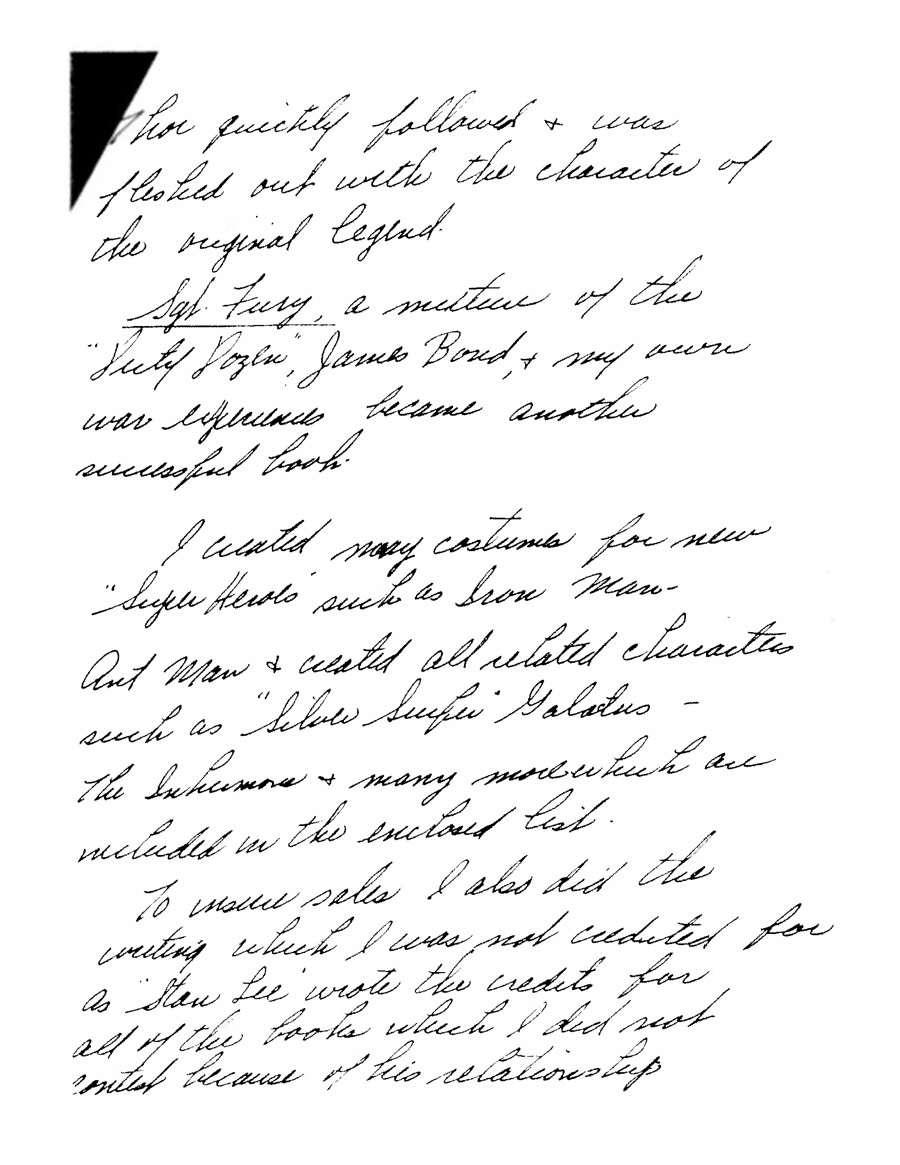 Thor quickly followed + was fleshed out with the character of the original legend.

Sgt. Fury, a mixture of the “Dirty Dozen”. James Bond, + my own war experiences became another successful book.

I created many costumes for new “Super Heroes” such as Iron Man, Ant Man + created all related characters such as “silver Surfer, Galactus – The Inhumans + many more which are included in the enclosed list.

To insure sales I also did the writing which I was not credited for, as “Stan Lee” wrote the credits for all of the books which I did not correct because of his relationship