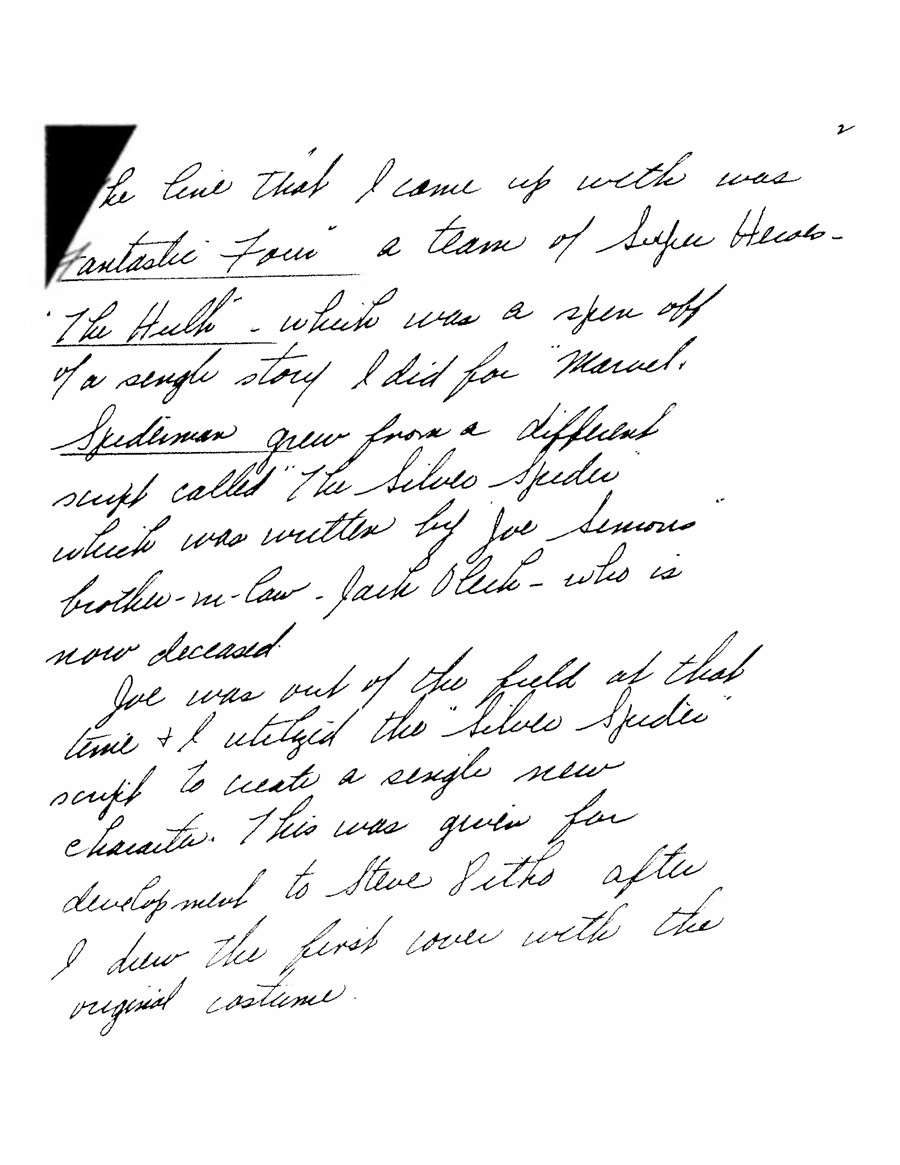 The line that I came up with was

Spiderman grew from a different script called “The Silver Spider” which was written by Joe Simon’s brother-in-law – Jack Oleck – who is now deceased.

Joe was out of the field at that time + I utilized the “Silver Spider” script to create a single new character. This was given for development to Steve Ditko after I drew the first cover with the original costume.