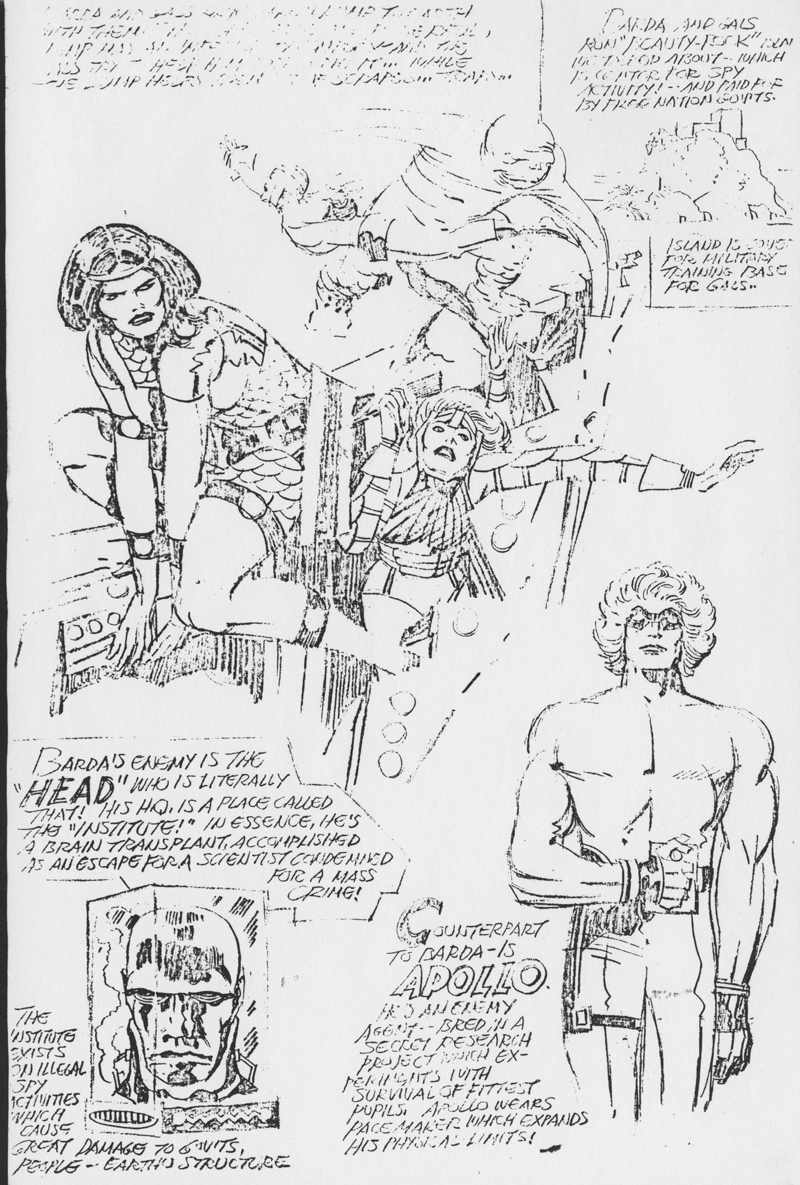 “Barda and gals bring Lump to Earth with them. [illegible…] powerful, the Lump has an inferiority complex–and the gals try to help him overcome it, while the Lump helps them out of scrapes… traps…”

“Island is cover for military training base for gals–”

“Barda’s enemy is the “Head” who is literally that! His H.Q. is a place called the “Institute!” In essence, he’s a brain transplant, accomplished as an escape for a scientist condemned for a mass crime!”

“The Institute exists on illegal spy activities which cause great damage to gov’ts, people – Earth’s structure.”

“Counterpart to Barda – is Apollo. He’s an enemy agent — bred in a secret research project which experiments with survival of fittest pupils. Apollo wears pacemaker which expands his physical limits!”